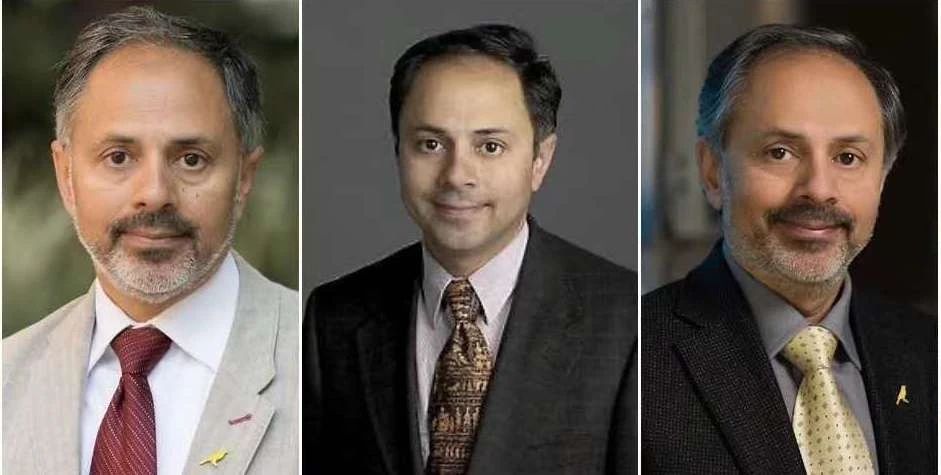 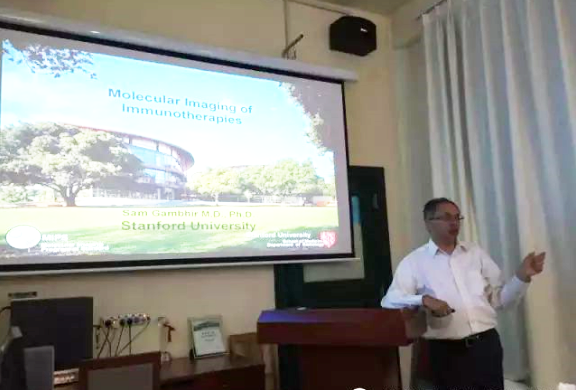 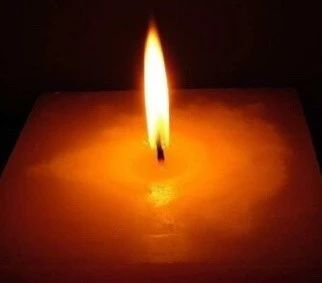 Dear Colleagues, It is with a heavy heart that I write to inform you that Sanjiv Sam Gambhir, MD, PhD, professor and chair of the Department of Radiology at Stanford University School of Medicine, passed away this morning. Words cannot express what an immense loss this is personally, for our Stanford community, and for the field of medicine. Sam was an uncommonly talented physician-scientist. As the Virginia and D.K. Ludwig Professor in Cancer Research and director of the Molecular Imaging Program at Stanford (MIPS), Sam earned international recognition as a pioneer of molecular imaging. He authored nearly 700 peer-reviewed articles, several books, filed for 40 patents, and his lab’s work has been featured on dozens of journal covers. But Sam was most proud to see many of his discoveries translate to the clinic, which today benefit patients around the globe. To many of us, however, Sam was much more: a dear friend. His kindness, sense of humor, and graceful way with people were among his defining qualities and will be sorely missed by those who knew him. I first met Sam in 2012 when he was serving as co-chair of the search committee that selected me to be Dean. It was then that I immediately understood why he is so revered at Stanford Medicine and across the university. As a leader and as a person, Sam exemplified through his life the best of Stanford and the highest values to which we aspire. Many of us witnessed Sam’s courage and tenacity during the 21 months that he and his wife Aruna fought for the life of their son Milan, who passed away in 2015 at the age of sixteen. Sam understood the fragility of human health and worked every day to apply his genius to research focused on diagnosing disease in its earliest and most treatable stages. Sam was an advocate for precision health long before it was popularized. In recent years, he dedicated his life to the early detection of cancer as director of the Canary Center for Cancer Early Detection at Stanford. In 2016, he established the Precision Health and Integrated Diagnostics (PHIND) Center to help create the future he envisioned for health care—a world in which technologies continuously monitor our health to keep us healthy. Throughout his prolific career, he mentored more than 150 postdoctoral fellows and graduate students. These leaders, representing more than ten disciplines, will carry on his legacy. I hope that we may come together as a community, virtually and in spirit, to support each other during this difficult time and to share our memories of Sam—a scientific visionary, a trusted mentor, a beloved colleague and friend. In lieu of flowers, the Gambhir family prefers donations to the PHIND Center, the Canary Center for Cancer Early Detection at Stanford, the Ben and Catherine Ivy Foundation, or The Sanjiv Sam Gambhir Professorship in Translational Medicine. Sincerely,Lloyd Minor